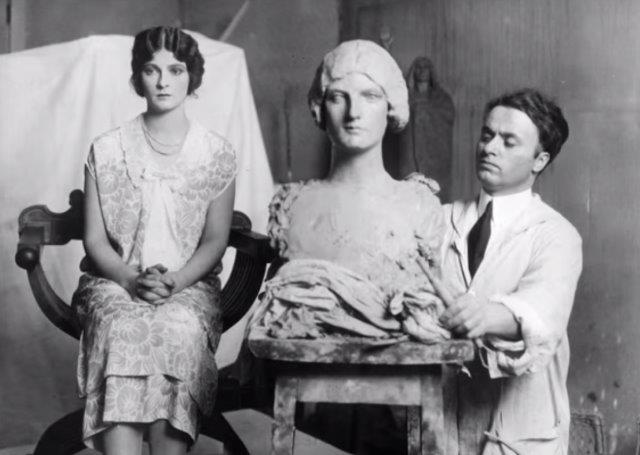 ​The Society of Sculptors (SOS) has been in existence over 75 years, since 1935 when the first SOS open juried exhibition received national attention in Time magazine. SOS has fulfilled its mission to bring together sculptors and to promote high standards of sculpture in the Pittsburgh area. As one of the founding organizations to form the Pittsburgh Center for the Arts in 1945 (then the Center for Arts and Crafts) SOS has been the only guild to promote sculpture exclusively and encourage new talent nationally and regionally.

SOS seeks to create an interest and appreciation on the part of the citizens of Pittsburgh in sculpture as an enduring and significant medium for beautifying of municipal projects; to secure for local artists commissions, worthwhile monuments and suitable memorials. It endeavors to bring Pittsburgh sculpture into national recognition. To this end, SOS hosts two yearly exhibitions to engage the community, promote the work of SOS members and encourage emerging artists. Educational and public programming is also offered in conjunction with these exhibitions to increase the viewer’s appreciation and understanding of the work.

In June 2001, SOS held its Sculpture Now exhibition at the Pittsburgh Center for the Arts, in conjunction with the International Sculpture Conference. The exhibition took place at multiple sites and was a collaboration of artists, administrators, the City, sponsors and the community working together.

Since 2001, the Society of Sculptors has focused on organizing two annual exhibitions – a members show and an open juried exhibition.

Notable past and present SOS members include: